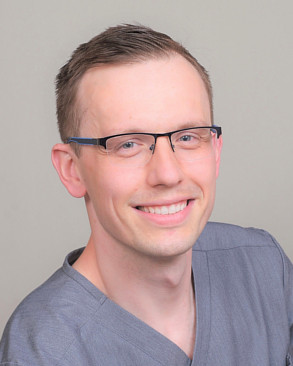 Dr. Krystian, is an award-winning orthodontist who has been recognized nationally for the high quality of the orthodontic treatment he provides. Dr. Krystian has been practicing dentistry for about 11 years.

During his orthodontics education at Rutgers School of Dental Medicine, Dr. Krystian was selected as the #1 resident in America by the prominent Journal of Clinical Orthodontics based on his clinical skill acumen.

Dr. Krystian is a board-certified orthodontist, which means he has voluntarily gone through hundreds of additional hours of preparation to demonstrate his judgment, skills and knowledge required for providing the highest level of patient care. Dr. Krystian has achieved board certification through the American Board of Orthodontics.

As an undergraduate, Dr. Krystian attended the New Jersey Institute of Technology where he graduated #1 in his class with the highest honor, Summa Cum Laude. He then obtained his degree of Doctor of Dental Medicine at the University of Medicine and Dentistry of NJ where he graduated at the top of his class with the highest honors. Following dental school, Dr. Krystian received additional training as an oral and maxillofacial surgery intern at the University of Illinois at Chicago. He then worked as a general dentist for five years, providing comprehensive family dental treatment for both children and adults, prior to and during residency at Rutgers School of Dental Medicine, where he received his orthodontic specialty training.

Dr. Krystian has lectured at several prestigious universities, including Columbia University, the University of Illinois at Chicago, and Rutgers School of Dental Medicine.

He is also a major contributor to multiple prominent international online orthodontic study groups, and widely recognized and respected by his orthodontic colleagues worldwide.

Dr. Krystian’s unique combination of surgical, general dental, and orthodontic experience places him in a distinct position that allows him to effectively understand, diagnose, and treat even the most complex orthodontic problems, in children and adults.

Dr. Krystian was born in Poland and immigrated with his family to the United States as an adolescent. He is fluent in Polish and conversant in Spanish. Dr. Krystian is married to his wife, Maria, and they have a daughter and son together. During his free time, Dr. Krystian enjoys spending time with his family and friends, as well as playing tennis, soccer, and fishing.